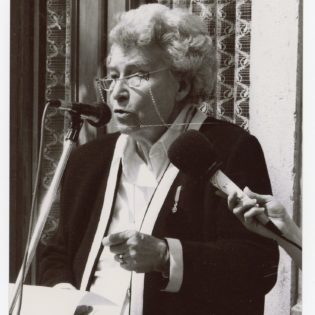 “We arrived by truck, not by bus, by truck; and I always remember, you know, Reifman, he jumped off the truck and said: “what a paradise!””

Izieu is a village in Bugey, Ain, far from the main roads, which boasts a beautiful panorama over the Chartreuse and the north of the Vercors. The home was based in the hamlet of Lélinaz which is halfway between the villages of Izieu and Brégnier-Cordon.

At that time, the village was located in an area occupied by the Italians. On 11 November 1942, in response to the Allies landing in North Africa, the German army invaded the free zone and Tunisia. As for the Italians, they occupied the eight departments on the left bank of the Rhône, from Haute-Savoie to Corsica. In this area, the Italian authorities were compassionate towards Jews. It then becomes an area of refuge for many of them.

At the Prefect of Hérault’s request, who had invested in rescuing Jewish children, Sabine and Miron Zlatin left with some children in the spring of 1943 for the part of the Ain under Italian occupation. They were recommended to Pierre-Marcel Wiltzer, the sub-prefect of Belley. With his help, they settled in a large house in the hamlet of Lélinaz.

The home was legally established thanks to the sub-prefecture of Belley. It was not hidden or clandestine. Little by little, they take a daily rhythm and the inhabitants of the house find their place in this rural environment. They build relationships with the inhabitants and the local institutions. 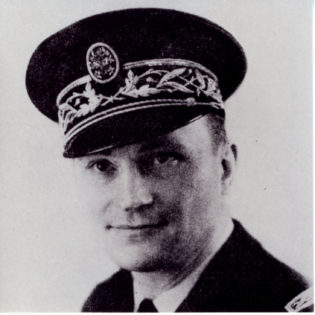 “You will be safe here”

With these words, Belley’s sub-prefect, Pierre-Marcel Wiltzer, approved Sabine Zlatin’s choice, at the beginning of spring 1943, to set up the Hérault Refugee Children’s Home in a house in Lélinaz.

The place seemed to be a real haven of peace, far from conflict and persecution. While the youngest children suffered from being torn away from their parents, from whom they sometimes had no news, teenagers and adults thought they were safe.

The local residents of the village and the surrounding area knew these Jewish children were in Izieu.

They got on well with the Perticoz family, whose farm was next to the home. The son, Aimé, and agricultural worker, Julien Favet, became involved with the home. In the morning, the children brought Julien his meal in the neighbouring fields.

To provide food, Miron Zlatin mainly obtained supplies locally, as can be seen by the names of the families in his account book. In Brégnier-Cordon, the sweet shop, Bilbor, gave them food.

Yvette Benguigui was the little sister of the three Benguigui brothers who were at the home. As she was too young for her brothers to look after her (she was two years old), she was placed with the Héritier family, who lived in the heart of the village of Izieu. Ms Héritier was in charge of the home’s laundry. Her daughter, Jeannette, was the same age as Yvette.

Besides the children’s home, two other Jewish children were sent to the village, who stayed with the Borgeys.

Some people in the village remember going out to play with the children of the home when they were younger.

Brégnier-Cordon had a gendarmerie brigade. On at least three occasions, a gendarme warned adults in the home of a potential danger that could threaten them.

That is why the carers Serge and Rachel Pludermacher left the home. As did Paul Niedermann, who, at 16, was tall, so he attracted attention and stood out for avoiding the Service du travail obligatoire [compulsory work service].

In August 1943, the Brégnier-Cordon gendarmerie issued Léon Reifman with a permit that allowed him to leave Izieu and therefore avoid being arrested for not doing the compulsory service imposed on Jews (organisation TODT).

Become a member of the association