Remembrance and its creation

Sabine Zlatin’s commitment and local remembrance
From tracking Klaus Barbie down, to his trial
A place of national remembrance
Tickets

From tracking Klaus Barbie down, to his trial

In the 1970s, Klaus Barbie was found in Latin America, where he had been exfiltrated in 1951. When Beate and Serge Klarsfeld set out to find him, he was living in Bolivia under the name of Klaus Altmann. After trying to track him down for almost ten years, and with the help of two of the mothers of the children of Izieu, Fortunée Benguigui and Ita-Rosa Halaunbrenner, the Klarsfeld couple brought Klaus Barbie back to Lyon, France, in February 1983.

In the same year, Serge Klarsfeld published the first reference book on the history of the children of Izieu, where he traced their journey: where they came from, their families, their faces but also the numbers and dates of the convoys by which they were deported. Through this research, he reiterates that the only reason they were killed is because they were Jewish. Thanks to this work, the story of the children of Izieu became a part of Jewish remembrance for deportation and extermination.

In this context, an important ceremony was held in Izieu on 8 April 1984. For the first time, Jewish institutions were officially represented. The Chief Rabbi of Lyon and Théo Klein, President of the Conseil représentatif des Institutions juives de France [CRIF], were present. That day, the latter declared:

“We have, like the others, committed the sin of forgetting about these children. “.

(Theo Klein, President of the CRIF, excerpt from his speech of 8 April 1984).

The authorities and residents of Izieu and Brégnier-Cordon, who have been keeping the memory of the children of Izieu and their carers alive since 1946, feel targeted by this and deny having committed any “sin of forgetting”.

The investigation of the Klaus Barbie trial was carried out by Judge Christian Riss. It took place from February 1983 to October 1985, which was the time needed to find witnesses forty years later and to clearly determine what events are classified as war crimes and what events were crimes against humanity. During the investigation. Serge Klarsfeld found Barbie’s telex reporting on the deportation of the forty-four children. This decisive piece was found in the Contemporary Jewish Documentation Centre archives and was one of the main pieces of evidence that made it possible to convict him of crimes against humanity.

A 1985 ruling of the Court of Appeal ruled that crimes committed against resistance fighters (war crimes) were to become imprescriptible crimes against humanity when they are committed, “consistently”, “in the name of a State practising a policy of ideological hegemony”, against the opponents of this policy.

On 11 May 1987, the trial of Klaus Barbie began before the Criminal Court of the Rhône in Lyon. André Cerdini was the President of the Court. Pierre Truche was the Attorney General.

Klaus Barbie was tried for:

During the seven and a half weeks of the trial, three hearings, between 27 May and 2 June 1987, were devoted to the Izieu roundup.

Among the lawyers for the civil party plaintiffs, there was Roland Rappaport, who represented Sabine Zlatin, Serge Klarsfeld (for the Sons and Daughters of Jewish Deportees from France association [association des Fils et Filles des Déportés Juifs de France]) and several of the children’s families who were arrested at the Izieu home. Ugo Iannucci represented Léon Reifman; while Alain Jakubowicz represented some of the other childrenof Izieu’s families, as well as the International League against Racism and Anti-Semitism.

On being advised by his lawyer, Jacques Vergès, Klaus Barbie only appeared at the first three hearings and the last one. 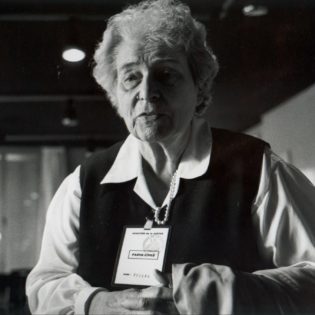 “I want to say, especially to Barbie’s defense, that Barbie always said that he only cared about resistance fighters and the Maquis. That means the German army’s enemies. So let me ask you: “The children, the 44 children, what was that about? Were they resistance fighters? Were they Maquis? What were they? They were innocent!” ”

On 4 July 1987, he was convicted of the five crimes against humanity for which he was tried. The jury did not grant him any mitigating circumstances. He was sentenced to life imprisonment. He died on 25 September 1991 at the Saint-Joseph prison in Lyon, at the age of 78, after 8 years and 7 months of incarceration. Of all the people sentenced to prison in France for crimes committed during the Second World War, he was the first to die in prison.

A trial that would go down in history

The Klaus Barbie trial in Lyon in 1987 had an exceptional outreach. This was the first trial and first conviction in France for crimes against humanity. Carried out meticulously, filmed for posterity, and widely publicised, the Barbie trial was an educational exercise in a context where, since the 1970s, denial that the Holocaust happened succeeded in making its poisonous voice heard. Many classes attended the hearings. The witnesses recounted before the courts the reality of Nazism and of all the Jews that were persecuted and killed and their words had a real impact on the French population.

This trial proved that none of the perpetrators were immune from justice. At the same time, it was a solemn way to recall the historical reality of the events.

Through the action taken by the courts and the impact of the trial, Izieu remembrance truly became a part of French national history.

Become a member of the association

Next page
A place of national remembrance