The documentation centre aims to create and enhance a specialised collection on the Maison d’Izieu’s work and research topics.

The main topics documented are:

– the establishment of the Izieu children’s home and its daily life as well as the journey of the children’s families,
– the roundup on 6 April 1944,
– the children in the war,
– France from 1939 to 1945 and the Vichy government,
– the crime against humanity,
– remembrance, art and history.

The documentation centre can be accessed by professors, researchers, students, journalists and institutions working on these topics, by booking only and after giving a reason for the application.

To make a booking at the documentation centre, please complete the application form. 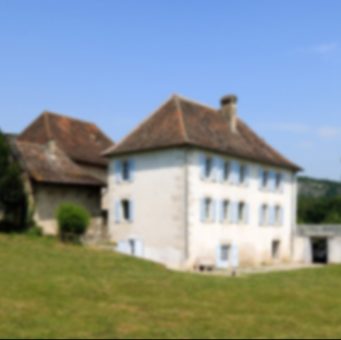 Make a booking at the documentation centre

As part of the process of preparing school trips, the documentation centre can provide teachers with a collection of documents (pupil achievements, faxes, newspapers, period works, reference works, literature and documentaries for young people) enabling them to choose, prepare, lead or illustrate their projects at Maison d’Izieu.

The Maison d’Izieu library is made up of more than 7,000 documents across all media (monographs, magazines, DVDs).

It focuses on documents about the history and memory of the Shoah and the Second World War (pre-1945 publications, dictionaries and textbooks, academic works, pupil achievements and fiction in French, German, English, Italian and Polish for adults and children).

The topics of Jewish children during the war, crimes against humanity, trials and international criminal justice are developed. The questions of art, remembrance and representation are presented through thought-provoking works and catalogues of artists and exhibitions.

The main works on the history of the Izieu home  are kept at the documentation centres of various memorials or European history centres that are partnered with the Maison d’Izieu. They are more specifically kept in Germany at the House of the Wannsee Conference in Berlin and at the memorials of Bergen-Belsen and Buchenwald and in Italy, at the Library of the Historical Institute of Modena, a partner in the national network of Italian libraries.

The documentation centre has been involved with the RAMEAU network (French National Library) for several years alongside major libraries. It supports this by proposing new indexing themes based on its own needs.